Fierce Advocacy When You Need It Most
Schedule a Consultation Today 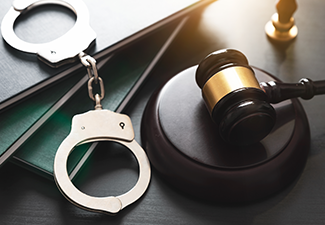 Courts are the arbiters of controversies. Those controversies may be civil, such as when parties disagree on matters in divorces, child custody, property issues, and personal injury claims. Other controversies are criminal, such as when a defendant stands accused of criminal violation of the law. In both cases, the court listens to evidence presented by each side and applies the law in rendering a decision. That decision, unless appealed to a higher court and overturned, is irrevocably binding on all parties involved.

The law requires that the court and its actions must be respected. Disrespect in the courtroom or failure to obey a court order outside the courtroom are criminal acts with criminal consequences. If you have been charged with indirect criminal contempt, you need an experienced attorney to mount a defense.

As a former prosecuting attorney, member of the military, and police officer, I believe in respecting the actions of the court. As a criminal defense attorney, I also believe that every individual accused of a crime deserves a strong defense. At David J. Cohen Law Firm, LLC, providing the best defense possible is what I do every day for my clients in Pottstown, Pennsylvania, and throughout Montgomery and Chester counties.

What Are Indirect Criminal Contempt Charges?

You could also be charged for failure to appear in a court-appointed hearing. For example, if you were served a summons to appear in court in a child custody case or to testify in a criminal case, you must appear at the appointed date, time, and location. If you fail to do so, you may face criminal contempt charges.

Because this is a criminal charge rather than a civil charge, you are entitled to defend yourself against it and the prosecution is required to prove criminal contempt. An indirect criminal contempt charge is separate from any other matter you may be facing in court, such as a divorce, assault, or child custody proceeding.

What Is Direct vs. Indirect Criminal Contempt?

What Is Proof of Indirect Criminal Contempt?

If charged with indirect criminal contempt, the prosecution would need to prove that you defied the court’s authority. If, for instance, you have been charged for failure to appear in court as ordered, the prosecution would need to produce evidence that you were properly and timely served notice of the court summons and that you intentionally defied the summons by not showing up in court.

As is true with any criminal charge, you are presumed innocent until proven guilty. The prosecuting attorney bears the burden of proving your guilt beyond a reasonable doubt.

What Penalties Do I Face if Convicted
of Indirect Criminal Contempt?

You will pay other penalties as well. If convicted, you will have a criminal record which has implications for employment, professional licensure, housing, loan availability, and child custody and visitation. Having a criminal record can also take a toll on your personal relationships with family, children, and friends.

Defying a court order is a serious crime with serious consequences. You need a criminal defense attorney who can defend you against an indirect criminal contempt charge and mitigate penalties if found guilty. As a former prosecuting attorney and law enforcement officer, I have experienced both sides of a contempt charge, and I will use that experience in your defense. If you have been charged with contempt in or around Pottstown, Pennsylvania, call David J. Cohen Law Firm, LLC today.